I like to believe that one of my favorite quotes “People who say ‘It can’t be done,’ are always being interrupted by somebody doing it” describes me. Yes, I like to be the person doing what others say can’t be done. 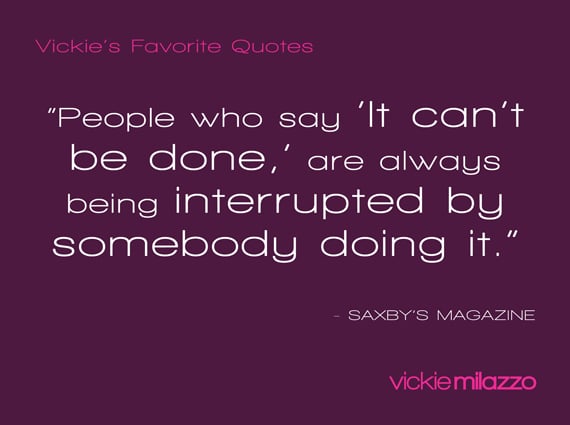 I attribute my ability to shrug off others’ restrictions to being an optimist. Studies have found that optimists are more successful than pessimists in their careers. Optimists succeed not because they’re more competent or experienced, but because they’re more likely to actively engage problems and positively reframe rather than restrict challenges. They don’t expect issues to resolve themselves; they attack those issues with true grit. Optimists disengage from courses of action that don’t work and engage new strategies.

34 years ago when I recognized I was in a dead-end RN job at the hospital, I turned my dissatisfaction into a legal nurse consulting business instead of listening to my RN colleagues who tried to convince me I was stuck along with them. After all, RNs weren’t starting businesses in 1982, so in some ways my colleagues weren’t entirely off-base. Thankfully, optimism carried the day and the rest is history. There would be no legal nurse consulting specialty or profession had I listened to the pessimists, those who said, “It can’t be done.”

Optimists are also more fun to be around. Wouldn’t you rather hang with positive, happy people than someone for whom the sky is always falling? Is it truly a surprise that optimists are more successful? Not to me.

Which are you, the pessimist saying “It can’t be done” or the optimist who’s already busy doing it?

2 thoughts on “Vickie’s Favorite Quotes: People Who Say “It Can’t Be Done””