I’m Italian, so passion is wired into my DNA. I’m passionate about everything I do. When passion is a way of life it gets you through the boring tasks and projects, making it easier to not give into the tedium. Yes, I’m often tempted to take a break to clean toilets or iron clothes instead of writing a report.

I don’t like everything I do in my legal nurse consulting business, but everything is so much easier when I passionately embrace it, whether I’m feeling passionate or not. 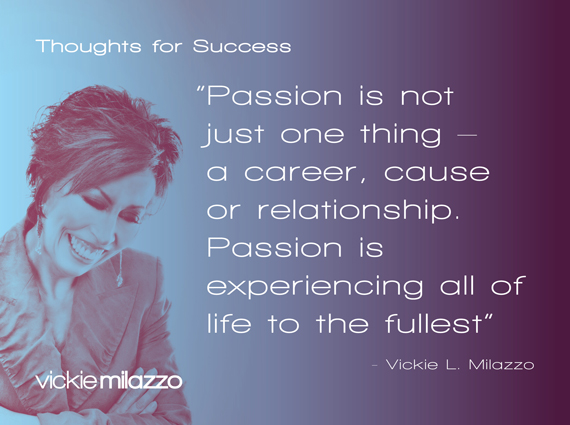 Try being Italian for a day. Put more passion into your life – it just might work for you and your CLNC® business. 🙂

What the Great Dancers Know – And You Should Too!

I love dance of all kinds and have seen some of the greats – Baryshnikov, Nureyev, Alonso, Godunov. Their technique was flawless, but it’s not technique that made them great. It was the fire inside.

Carolyn Bilodeau, RN, BSN, MS, CLNC, Certified Legal Nurse Consultant shares why she is passionate about legal nurse consulting and how she easily tailors her career as a CLNC consultant to meet her needs and create a meaningful life at age 76.

Opportunity Knocks: 10 Ways to Make Sure 2013 is Your Year for Big, Positive Change

Here we are, it’s February 20th and you’d like to say that 2013 is looking to be a banner year. That you made the career change you’ve been dreaming about. That you took a leap of faith and finally launched or expanded your legal nurse consulting business. If 2013 is starting to look like the same old disappointments as 2012, don’t despair, 2013 can really be your year.

Do You Tweet Happiness as a Certified Legal Nurse Consultant?

A recent analysis of the stream of Twitter “tweets” reveals that people are happy in the morning, less happy throughout the day while they’re at work and then happier again after work when back at home. That’s a pretty revealing study which suggests that most people are compartmentalizing their life into a work life and a personal life. But the reality is, we don’t have two-compartment lives. We only have one life. Most of us spend more time at work than with our families. You can’t turn happiness off at work and go home and turn it on and expect to have a passionate, purpose-filled life.

Sooner is Better than Later for Certified Legal Nurse Consultants

I’ve been training and mentoring nurses to start legal nurse consulting businesses for more than 29 years. In all that time, I’ve never met a successful CLNC® consultant who said “I wish I had waited to start my CLNC® business.” What I always hear Certified Legal Nurse Consultants say is “I don’t know why I didn’t do this sooner.”

What, Only One Day a Year for Mom?

What is it about Mother’s Day that you love so much? Do you love the fact that your husband and child join forces to prepare breakfast in bed for you? Or is it that your husband acknowledges what a great mom you are? Or simply that this day is not like every other when you collapse into bed as limp as an overused sponge and wonder, “How long can I keep up this mad pace?”
Today’s mom is so busy doing it all that she rarely has the time to enjoy life’s greatest gift, her family.
The reality today is that even as women are making incredible achievements they’re still battling the stereotype of traditional wife and mother.

Are You Happy to Be a Certified Legal Nurse Consultant or Just Happy?

I love the comforts of my home and my cozy neighborhood. Being home is like experiencing a steaming cup of green tea – it just feels right. I also love traveling to new places and have hiked and biked all over the world.

Is Money or Purpose Driving Your Legal Nurse Consulting Business?

I was speaking with a woman, Jean, who wanted to start her own business. While we were talking I realized I couldn’t determine what was driving her, so being the direct person I am, I went straight for the jugular and asked her, “Why do you want to start a business?” She was equally blunt in her answer, telling me, “I want money to buy nice things, a nice car, nice clothes and a nice house.” I believe in pay-off, but this type of drive for starting one’s own business is, in my opinion, hardly a mission statement.
Contrast this with another young woman, Lauren, who I have mentored to start her own business. Her business model is actually more difficult, requiring investors, a large front-end capital outlay and a commercial lease, but I predict she is more likely to succeed. Why? Because, unlike the first woman who was money driven, the second woman is driven not just by the passion of wanting to own her business, but also by the passion of the business itself. In other words, she fervently believes in what she is creating. Now that’s a formula for success.

One thing I know about nurses is that you didn’t get into nursing for the big bucks, the big raises or the big perks (like the cafeteria food, going four hours without a restroom break or the five-minute lunch hour). To do everything that nurses do every day, you have to be wired by passion, by a fire that drives you to make a difference in the lives you hold in your hands. Nurses have the strength of fire and passion. But are you as fired up about nursing today as when you first started? If not, what are you fired up about?