Exciting news for RNs! The national media has picked up on the results of the National Nurses’ Stress Survey. Live today, I will be addressing the elephant in the hospital room, i.e., dangerous levels of stress among RNs. Tune in (or, if you’ll be hard at work at your RN hospital job, set your DVR) today, June 7, 12:15pm EST on FOX Business Network’s Varney & Co. show.

The national FOX Business Network’s news program Varney & Co. has listened to the RNs who invested their time in the National Nurses’ Stress Survey.

Shocking Results of the Nurses’ Stress Survey Are In

A huge thank you to everyone who took our survey “Are You Way Too Stressed Out?” A remarkable 3,312 of you took the time out of your busy day to complete the survey, and this high response rate highlights the seriousness of this issue to the nursing world.

A recent USA Today article reported that 10% of all drugs (including both prescription and over-the-counter medications) sold globally are counterfeit or may contain diluted versions of the real product or non-active and possibly harmful ingredients. The Internet has contributed to the proliferation of counterfeit drugs as consumers seek to save money by purchasing drugs from discount websites. In some cases drug manufacturers are cutting corners, seeking low-cost (and unsupervised) suppliers to keep costs down. Both practices present a dangerous mix for consumers.

Take This Survey To See How Stressed You Are

After announcing our new stress survey Are You Way Too Stressed? on May 13, I was amazed to see that more than 1,900 of you have already taken time in your busy schedules to take the survey. From the data collected, we will be able to learn about the causes and effects of stress, and I can’t wait to share the results with you and the nursing community. I’ve seen an incredible response from RNs of all ages, backgrounds and specialties which suggests stress has no favorites.

GM has been in the news a lot lately for defects in ignition switches and other parts. Defects in cars are covered by a strict liability theory in products liability cases. But while GM sat on the knowledge of the problem with its ignition switches for almost 10 years, most car companies are smart enough to recall the car and replace the defective part or fix the defect. In so doing, they prevent unnecessary injury and lawsuits. The duty to warn of known defects is required by law, and it should be. GM could have replaced the defective 57¢ part with a part that cost 90¢ more.

Informed Consent Is Anything But Informed

Informed consent is a patient right, but the recent FDA warning against using laparoscopic morcellators in hysterectomies due to an increased risk of spreading uterine sarcoma suggests that informed consent is, more often than not, uninformed consent. Johnson & Johnson already had warnings available to physicians in its instructions about morcellators.

Nurses, Are You Waaaaaay Too Stressed Out?

As an RN, your day-to-day is loaded with commitments and responsibilities that the rest of the working world can only imagine. Pushing yourself to a breaking point day in and day out for your career is enough to make even the most energetic of nurses feel stressed out. Believe me, I’ve been there, done that, and have the unfortunate grey hair or two to prove it! Thanks to my hair stylist you’ll never see it. That’s why I’m launching this stress study – to get to the root of the nursing industry’s stress epidemic…and you can help! Scroll down to take the 12-question survey: Are You Way Too Stressed Out?

For a woman who lived in the 1800’s Florence Nightingale was one tough cookie. Can you just imagine her bossing the doctors around? LOL! She lived in a time when, as she described, “society forbids a woman to live in the light of intellect.” Yet live in the light is exactly what she did because she never gave or took any excuse. 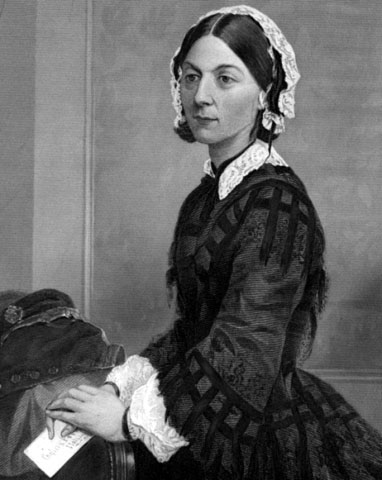 “I attribute my success to this – I never gave or took any excuse.”

Are you letting excuses (yours or another’s) get in the way of your legal nurse consulting business?

On April 17, 2014 the FDA issued a warning to MDs against using laparoscopic morcellators in hysterectomies due to an increased risk of spreading uterine sarcoma. While the FDA did not issue an outright ban of the use of power morcellators, some hospitals have already elected to stop using these devices.

According to Reuters, Johnson & Johnson (J&J), the largest maker of these devices, suspended sales of the morcellator device. Note: J&J has not recalled these devices. The Wall Street Journal reported that J&J wrote in a letter to customers that it is waiting for the FDA and medical community to further clarify the role of morcellation.

At least one lawsuit has already been filed against medical device manufacturers for the death of a 53-year-old woman who allegedly died of metastatic myelosarcoma following a hysterectomy with uterine morcellation. I have also started seeing advertisements by law firms seeking potential plaintiffs for morcellator lawsuits.

In that lawsuit, filed on March 14, 2014 (before the FDA’s warning) there are 27 allegations of negligence against the defendant manufacturers. The following are some of the allegations: