Over the years, I have become acquainted with the attorneys in the firm of one of my oldest attorney-clients. It’s a large multi-specialty law firm. I always find out who the other attorneys in a firm are and contact them, just to introduce myself and let them know I’m working with one of their colleagues. Of course I let them know what I do as a Certified Legal Nurse Consultant and put a bug in their ear that they too can use my CLNC® services. One of my most memorable cases came from working with an attorney in the family law department.

The attorney represented a divorced father, who was concerned about the well-being of his children when they were with their mother. They shared custody for one year following their divorce. The ex-husband’s concern was that over the past year, his three children had been seen multiple times in three different emergency departments (EDs). I was asked by the attorney to review the children’s medical records.

I reviewed the first set of records for the 6-year-old girl. They indicated she was seen in the ED four times for similar complaints of nausea and vomiting. The mother brought the girl in on all four occasions and it was documented that the father was also present at each visit.

The second set of records was for a 4-year-old girl. She was seen in a different ED three times that year for nausea and vomiting. As with the previous records, the father was also present.

By the time I got to the third child’s records, a 2-year-old girl seen in yet another ED facility, I had suspicions. The records were from a children’s hospital. The child had been seen four times over the year for nausea and vomiting. The father was also present at all of the visits. Interestingly, documentation from the last visit pointed out that the child had been seen three times previously for the same symptoms and social services had been asked to speak with the mother.

After my review was complete I spoke with the attorney. I told her that my review of the records revealed that all of the children had been seen for essentially the same symptoms and each visit had occurred on a Saturday night when the children were in their mother’s care. I explained that I was very suspicious that this was a case of Münchausen by proxy (induced illness).

The attorney asked me to be present at a meeting with the father. I learned in the meeting that the ex-wife did not want a divorce and was constantly trying to reunite with him. He said it got to the point that he had to start ignoring her phone calls and emails. He would, however, go the ED when the kids were ill. The attorney asked me to tell the father about the similarities between his children’s situation and Münchausen by proxy. He was stunned. He said everything I talked about hit home.

Children’s services was involved and the ex-husband filed for sole custody. The children’s services investigation revealed that the mother admitted to giving the children ipecac syrup to make them ill. She knew that if one of the girls was ill, her ex-husband would go to the hospital. It was her own twisted way of having contact with him.

I have since reviewed other cases for this attorney and she has referred me to her attorney colleagues. I haven’t had any additional Münchausen cases, but have been involved in different custody disputes involving substance abuse and other interesting issues.

This was a good example of making sure you let all of the attorneys in a law office know how you can help them, even if they don’t regularly handle medical-related cases. It’s amazing how many other types of attorneys can benefit from our services as Certified Legal Nurse Consultants.

I have always wondered what would have happened if the attorney hadn’t asked me to review the children’s records. 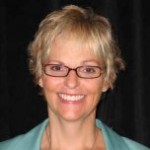 Jane Hurst, RN, CLNC has 17 years of experience as a CLNC® consultant. She has been an RN for more than 29 years in a variety of specialties including burn care, medical-surgical, renal transplant and oncology. She has also worked in a physician’s office and an insurance company and taught in an LPN program for five years. Jane lives in rural Ohio and has clients both nationally and internationally.  She is a CLNC® Mentor and a guest faculty member for Vickie Milazzo Institute.

6 thoughts on “My Most Memorable CLNC® Case: Münchausen by Proxy”