Texting and driving is never a good idea. In fact, it’s becoming illegal in more and more states. It’s illegal where I live and, that being Texas, is probably a capital offense (and if it isn’t, it should be). 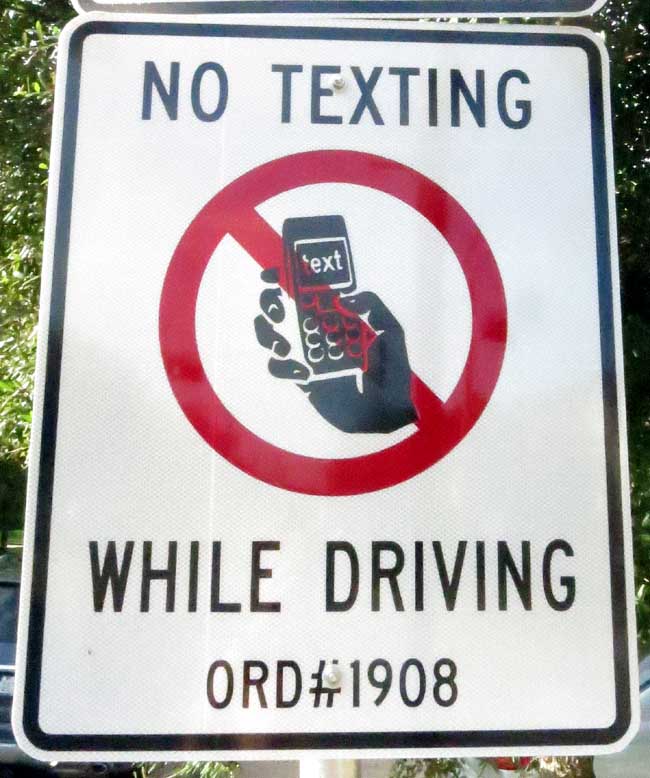 The dangers of distracted driving are manifest and we’re all aware of them, but every day on my lengthy morning commute I see people, cellphone in hand, texting away “L8 4 Wrk. Need *bks”

Car manufacturers contribute to this problem by placing those handy cup holders right by the driver’s seat. With our cell phones literally at hand the temptation to pick them up while driving is hard to resist. If you’re one of those people who can’t put down your phone, even while in the car, you need to take some steps to help break that habit before you either get ticketed or you cause an accident.

This week’s Tech Tip can help make the roads safer for all of us and, at the same time, make your smartphone and private data more secure from prying eyes. The simple way to do that is to activate the password or passcode lock on your smartphone. That way each time you pick up the phone to call, text or email – you’ve got to put in a several digit code to “release” the phone and you have to look at your keypad to do it – something you don’t want to risk doing in a moving vehicle. Before you remind me, I do know some smartphones can use a finger-drawn pattern instead of a numeric code but I don’t recommend those. It’s too simple to memorize that pattern and draw it without looking. Stick with something harder and make sure you mix up the numbers or you’re defeating the purpose – and that purpose is to put down the phone and drive. Try it – even if for just a week.

There’s even an added plus; some smartphones can be set to wipe the phone’s data after a set number of failed attempts. This is a positive if you lose your phone (and a possible negative if you have small children who like to play with your phone).

One thought on “Tom’s Tuesday Tech Tip: Take Away the Temptation – Or at Least Make it Difficult”