That’s a great question, and I was just about to get to that. I’m a great believer in lists and outlines. Many of my CLNC® amigos use the convenient automatic outline and bulleted/numbered list function in Microsoft® Word to create reports for their attorney-clients. When you’re creating or editing a list, the handy Tab button allows you to decrease a bullet or drop an outline level (or increase a level if you use Shift-Tab). It’s a fast and furious way to organize your data and your thinking.

The other day though, the Tab button suddenly stopped doing its job in both lists and outlines. It simply reverted to its normal behavior and became a Tab button again. I was in the middle of a big project and was having to highlight any text I wanted to change and use the Increase Indent and Decrease Indent buttons to do just that. My productivity slowed to a near stop.

I can’t tell you why it happens (it’s a secret shared only by Tech-Tippers), but when it does happen, here’s how to fix it. First, if you’re using Word 2007, click on the Office button or Pearl. Next, click on Word Options at the bottom of the list that pops up and then click on Proofing and Autcorrect Options.

Next select the tab marked Autoformat As You Type. Now look to the bottom panel of that window and make sure the box next to Set left- and first-indent with tabs and backspace is checked. 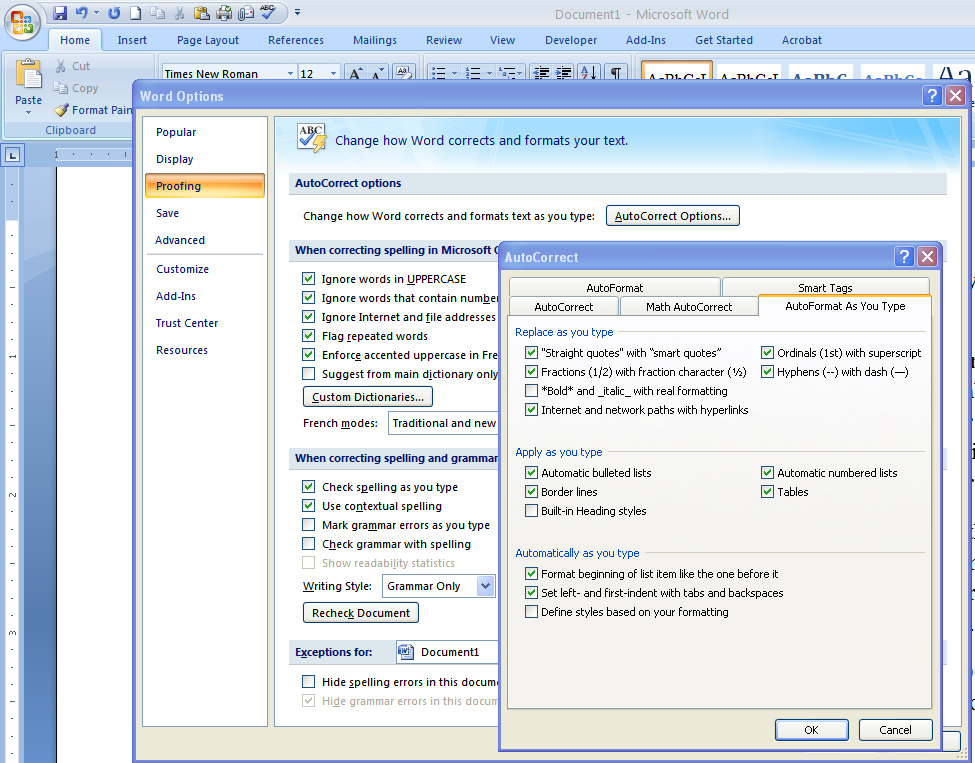 Once you’ve gotten this far you might want to take a minute or two and explore the rest of the selections on the AutoCorrect window. There are some great timesaving gems hidden in there. When you’re done, simply OK your way back to the main screen and give your lists and outlines a test.

One thought on “Ask Tom the Tech Tipper: Yo Tom! Why Won’t My Tab Button Change Levels in My Outlines and Lists in Word?”